From Hidden Palace
Jump to navigation Jump to search

Remember when I said I would never beat a certain release? Well I was wrong. Behold, over 1000 prototypes for various Sega consoles. 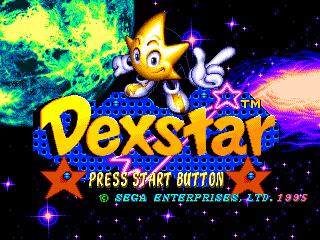 Quick numbers: 155 Sega 32x prototypes, 300 Game Gear prototypes, 464 Mega Drive prototypes, 94 Pico prototypes, 6 Gamecube prototypes -- 1024 prototype overall (what a nice round number!), making this the biggest prototype release in history (and probably ever to come). Just multiply this by $100 (which is the average price of these things, and many of them are MUCH more valuable) and you'll see how lucky you are to get them free of charge.

There is lots of stuff here -- Sonic, Ristar, Tempo, and many other high-profile, hard-to-find game prototypes which many of us played years back and miss. Many with different features, levels, hidden data.

Two of these games are unreleased, namely Baby Boom (crazy Mega Drive game) and David Robinson Basketball for Game Gear. Many of the games have various builds in various stages of completion - from early alphas (there's even a plain engine build of Taz 2 I believe, with no content at all) to late betas and finals. Yes, finals -- I included a number (around 30, I believe) of finals in the release because I've got very accurate build dates for most of the protos, and that is a great thing to know :)

I've worked on getting this lot built and packed for the past seven days -- it was a hefty task. Many of these came in weird formats, many were passworded/encrypted, and it was a lot of manual work.

Most of the protos come from one lot, snagged from Sega of America Q&A archives, from around 1994-1995. It was very hard to get it, and it wasn't cheap either. The disc protos (Gamecube, Dreamcast, Saturn) come from an earlier lot that I saved up until now.

We have an irc channel up for the discussion of these protos. Server is irc.drx.pl, channel is #sonicprotos (update: the channel has since changed to #protos). Additionally, I feel I have to recommend a few links to forums that will likely dissect these prototypes to little pieces. For Sonic prototypes, I recommend Sonic Retro. For all the non-Sonic protos, hop to X-Cult and Lost Levels.


I'm not gonna lie -- these things cost me an arm and a leg. If you want to help me, you can donate (read this or just e-mail me at thedrx@gmail.com). Also, if you have any information about any prototypes, please don't hesitate to contact me as well =) It will help get more prototypes in the future, and will make you warm that you did a good thing.


This release is not all I have. I will be releasing more over the next hours, days and weeks - Dreamcast Sonic protos, Ecco protos, more Sega CD protos, so stay tuned!


Also, if you ever dreamt of getting a prototype of any kind and you have the funds -- contact me, I have the ability to make things happen, so who knows ;)


Special thanks to Kazia, who had to endure me working late on these!


And here are the links. I will try to give HTTP linkage, but for now, have these torrents (they are probably the best way to distribute these, as this server will probably go down as the protos get dugg):